So I have a theory on what real friendship looks like.

This idea began as I studied the life of Moses. He was an impressive guy, of course. His life was miraculously preserved by his sister and a waterproof basket. He led the entire country of Israel to freedom from a hard-hearted Pharaoh. He was also entirely responsible for the country of Israel during their 40 year wanderings in the desert. He was a friend of God.

One little piece of Moses’ story jumped out to me this time as I read Exodus 17. Israel had been wandering for a good long time in the desert and they were getting picked on. An uneven battle began with a much larger country and Israel was at a serious disadvantage. But don’t worry, God was looking out for His people. God told Moses to stand on a hill and raise his staff. As long as Moses held the staff up high, the Israelites would win the battle. If the staff lowered, they would lose.

Well, that’s a lot of pressure on a guy, if you can imagine…

Moses’ brother Aaron went up the hill with Moses as did another man named Hur. The three of them watched the battle from above- no doubt interceding in prayer before the Lord on behalf of the army fighting below. And Moses raised his arms and had to keep them there. The Bible doesn’t say what time the battle started but it does say that it continued until sunset.

I bet Moses had some weary arms! But how could he give up? His arms had to stay lifted if he wanted his friends to live- if he wanted the nation to stay alive and his family to make it another day! He sat down on a rock. I’m sure that helped but the old arms can only take so much.

Moses’ brother Aaron and this guy Hur actually held up Moses’ arms. They did the heavy lifting when Moses had nada for strength. 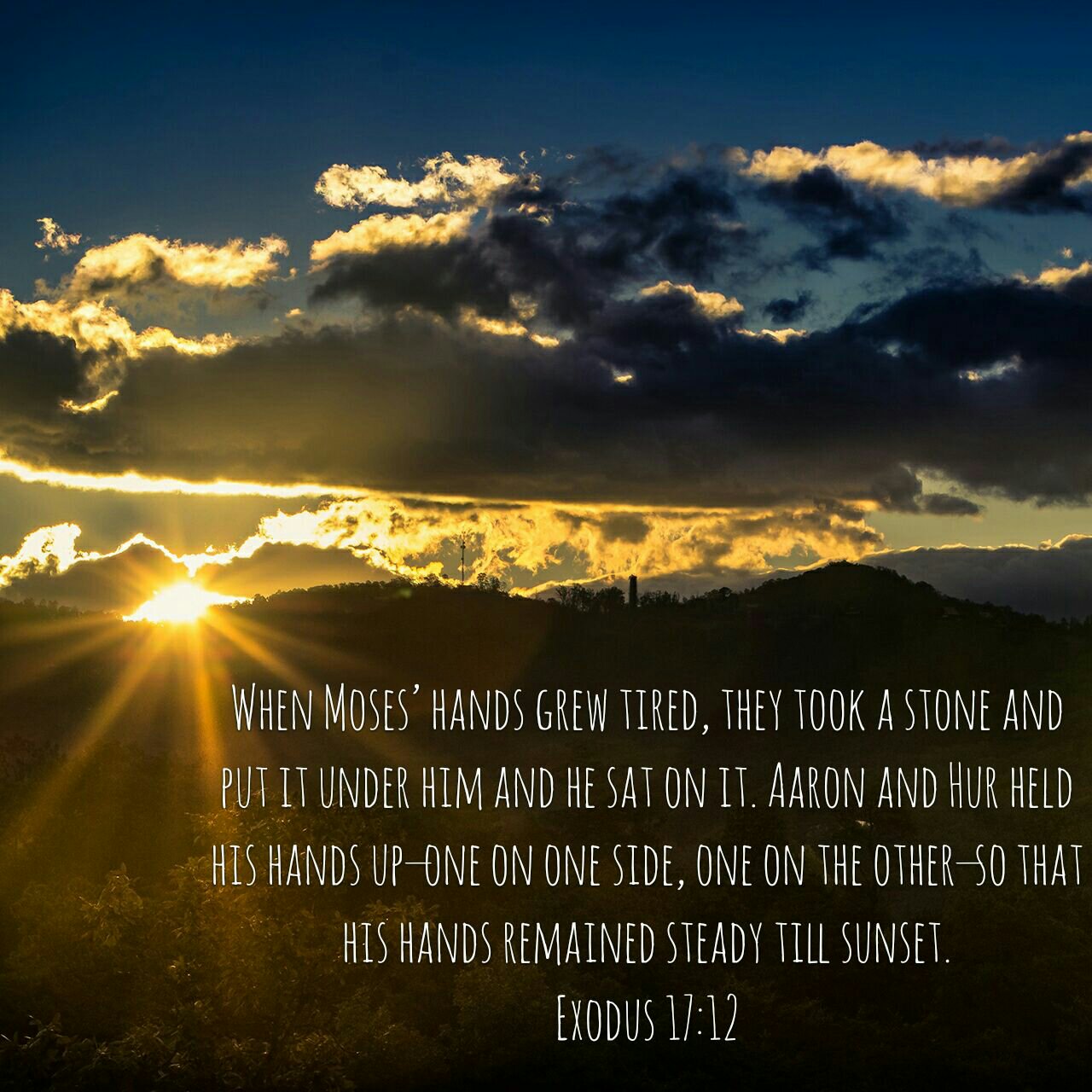 How amazing is a true friend when you are in despair!? Friends stand in the gap for friends. They step in where there is a missing piece. Friends bring strength when muscle [aka: faith!] has weakened.

I had such a moment once. My sweet Makenna was born with Celiac disease. She was diagnosed when she was barely one year old. (It is extremely rare for this genetic disease to show up so early!) She was “failing to thrive” as the Dr’s put it and we were both a wreck. The diagnosis helped immensely in our everyday life. We knew the threat was gluten in every form and even the tiniest amount would put her in pain for days. With lots of effort we could keep her healthy but for such a young, fragile little lady it meant we had to isolate ourselves. Going anywhere that might be “contaminated” posed a huge risk to her life. Knowing her tiny insides were being torn apart from the gluten made it all worse. If exposure to gluten continued she would have severe complications in her future.

Boy, did we pray! Collin and I laid hands on her sick little body every night believing the Lord could heal her. We spent every moment speaking, praying and holding to the truth that our girl would live a long and “normal” life, God-willing. But you know what? Weariness set in. We were tired ourselves from sleepless nights and a screaming toddler. Years into this journey, we saw little improvement and our hope was dwindling…

Until a friend at church stopped me and said “I’m still praying for complete healing.” I kind of wanted to laugh. I suppose I was becoming a skeptic, but my heart was so empty of belief. Then I got an email from another friend “I think God is at work. She WILL be healed. I haven’t given up.”

These warrior women were holding up my arms and watching the battle be won.

I’m not going to lie, I could only halfheartedly continue to pray that God would answer. That’s when I felt a whisper from God.

Collin is the brave one who stepped out in faith to “check” Makenna’s healing. He bought us a “gluten pizza”, brought it home and cooked it in my (sterilized!!) oven. I prepped our sweet girl with all the faith I could muster “You don’t have to eat it just because Daddy’s cooking it. If you want Gluten-free pizza, we have that too.” (How little faith I had!)

And she ate it. (SHE had faith!) She didn’t get sick. And she’s eaten gluten ever since with no side effects! We have seen several doctors since who all cannot explain the change in her blood test and who all affirm her health from head to toe. She is a walking – no, she’s a DANCING- miracle!

I am so thankful for my “Aaron and Hur” friends who held up my hands and my faith until the battle was won! The bible says “[Moses’] hands remained steady until sunset.” Wow! Until the very end, the three men held up those hands together in faith and assurance that God would win the battle. And He did.

So friends, I want to challenge you in your friendships. Whether you feel like a Moses or an Aaron/Hur. Openness about our struggles is required. Faith is required. Community is required. Our faith is stronger together. Let’s raise our hands together. Let’s stand in faith for one another. And let’s believe in miracles!

Can I add a little bonus thought?? I know this is already a long post, but I also want to add a plug for laying hands on our kiddos. My Makenna was prayed over at every prayer meeting and touched with anointing oil by our church family for YEARS and it was not wasted. Not only was she eventually healed (Yay miracle!) but she has always had the most sincere and deep devotion to Jesus. At 9 years old now, she can pray like a warrior and her wisdom is unmatched. I think those prayers have done more for her than I could ever imagine. What if we laid hands on all our kids whether we thought they “needed” it or not!? What if we dragged allll of our kids to prayer meetings and had our friends pray with us over them before bed? Just an honest thought… I’m going to try it out with the rest of my kiddos just in case. If I stop you and ask for prayer, it’s {probably} not a crisis, just an experiment of faith. Let’s lay our hands on the future generation and expect miracles AND warriors to come forth! We’re in this together.

I'm so thankful you're here! I imagine us sitting and chatting in such a comfy spot that we could stay all day and get to know each other well. I pray that each post fills you with hope and redirects you to the mission God has for you; and I can't wait to hear from YOU what God is doing in your life. Finally, my prayer is that you receive rest and refreshing in the time you spend here. This is a place where you belong just as you are and you can leave when you're ready to go & give love away! View all posts by Megan 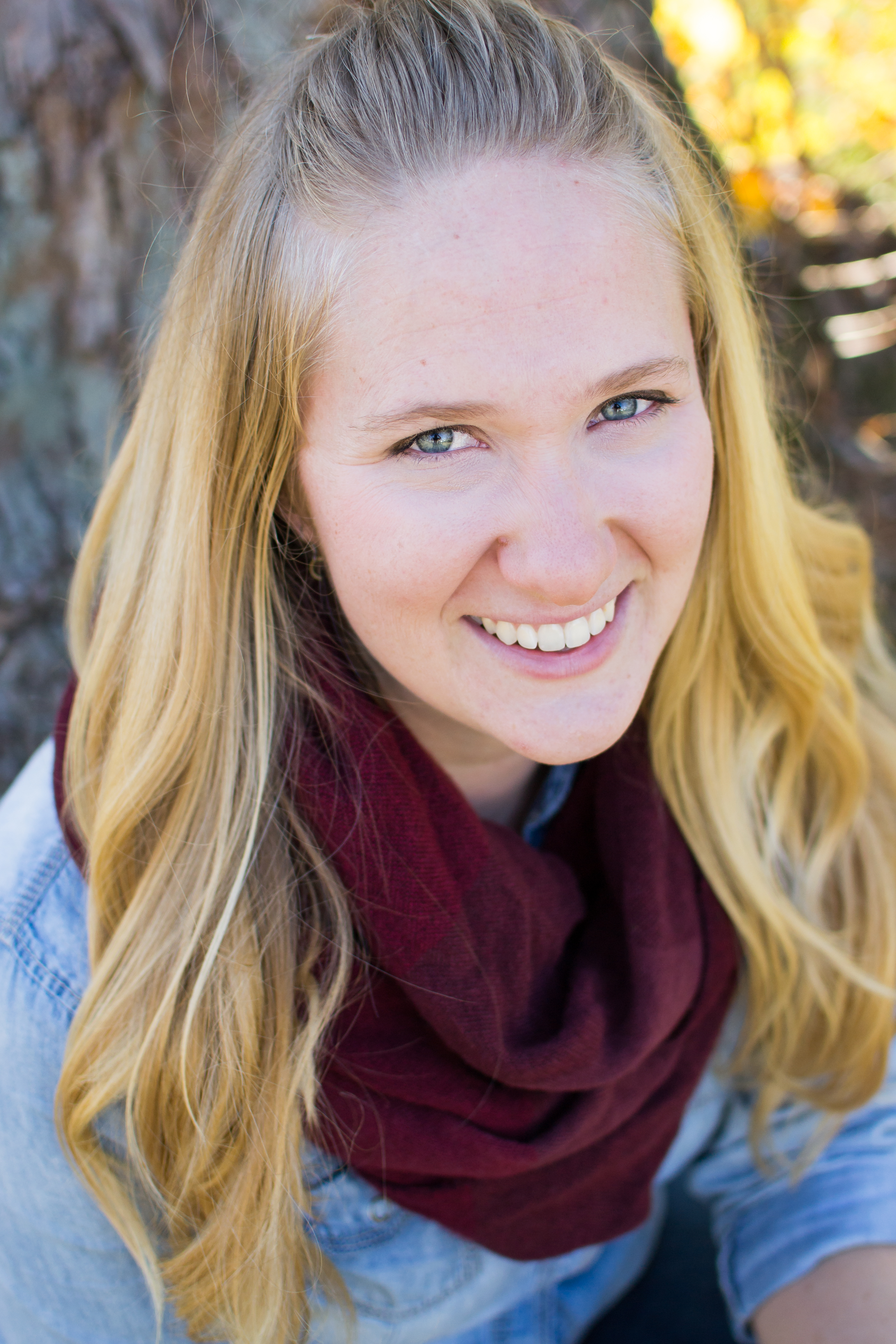